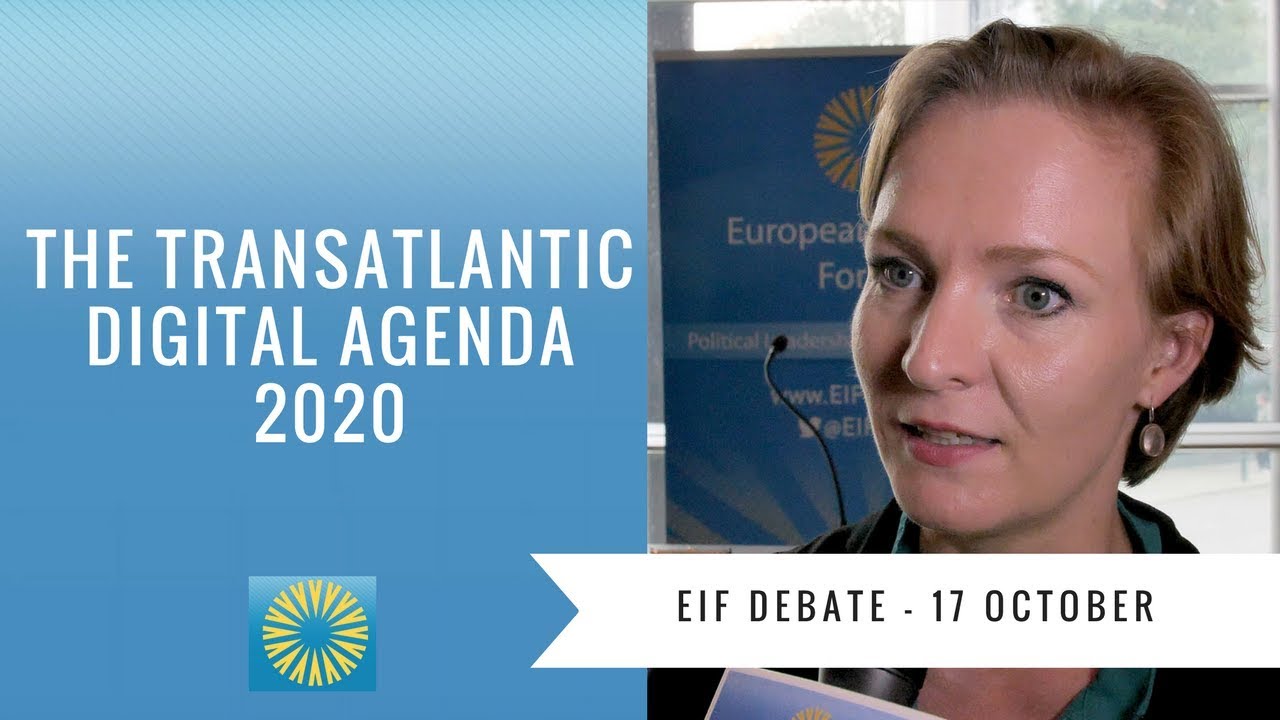 4:38
#EIFAsks on the Transatlantic Digital Agenda 2020

Member of Parliament Pilar del Castillo opened the debate stressing EIF’s contribution to the Transatlantic Policy Week 2017 edition and highlighting the engaging debates that took place on digital issues. She also pointed out some specific examples where a partnership is necessary and beneficial.

Peter Linton, the author of EIF’s report, considers that there cannot be a fully functioning partnership without a common digital policy framework. He stresses the importance of committing at the political level, creating a common agenda and setting the priority issues both parties. In his report the author identifies the areas where he believes cooperation will be desirable and necessary as we progress into the digital dimension.

Former member of the European Parliament and founder of the Transatlantic Policy Network, James Elles, highlighted the work done by the TPN and the importance of keeping a direct line of open and constructive dialogue between lawmakers, academics and business leaders from both sides of the Atlantic, in a wide range of issues where the European Union and the United States share common interests.

Mariatje Schake, Vice-Chair of the EP Delegation for relations with the United States, believes that Transatlantic leadership should come from an integrated approach. She stressed that self-regulation in the digital economy is not enough as we start to experience the consequences of such approach. Governments play a fundamental role in setting norms and safeguarding the public interest. In her view, there is a number of issues, such as digital trade, where Europeans and Americans need to enhance cooperation.

Peter Olson, Chair of EIF’s Board of Management and Head of European Affairs at Ericsson, shared some reflections from a business and enterprise point of view. He considers that a lot of the debates tend to focus on consumers, and that is very important, but there is a tendency to over focus on consumers and not focus enough on business.

In this #EIFAsks video, MEP Marietje Schaake, EIF Senior Advisor Peter Linton and Peter Olson, Chair of EIF’s Board, share their views on the realisation and priority issue areas of a transatlantic digital agenda.