What are the ingredient for success?

On 26 April, EIF organised a debate, hosted by MEP Andrus Ansip, on the European Digital Identity Wallet and the needed ingredients for its success. The MEP was joined by the following guest speakers: 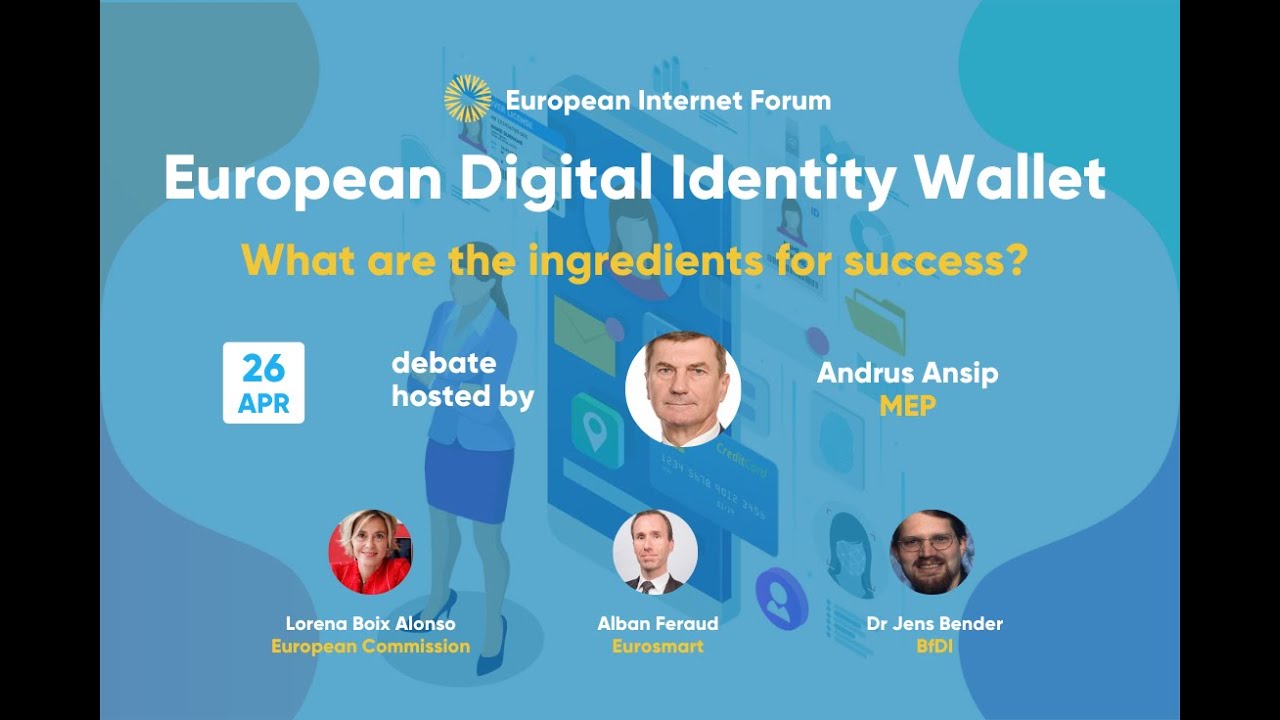 MEP Andrus Ansip started his speech by declaring that, after Covid-19 pandemic, member states, citizens and politicians are even more aware of the importance of using digital identities in the European Union. According to him, there are good private services providers such as Google and Facebook, but citizens would like to have something which is fully under their control. Mr. Ansip stated that the Digital Identity Wallet can include credentials, passport, ID card, university diploma, driver's license and should also provide a proof of identity and verification. It should be technologically neutral meaning that both software-based and hardware-based solutions must be accepted. Another important aspect concerns the centralisation of the digital identity in order to avoid differences amongst member states. He concluded by affirming that the Digital Identity Wallet needs to be user-friendly and that mutual recognition of digital identities across the European Union has to become a reality.

The European Commission representative, Lorena Boix Alonso, highlighted the importance of the European Digital Wallet, which is included in the European Declaration on Digital Rights and Principles for the Digital Decade. First the Covid-19 pandemic and then the Russian invasion of Ukraine have shown the importance of having a digital ID. For instance, Ukraine has a powerful IT system that supports refugees with their identification. Ms. Boix Alonso listed the main four ingredients for the success of the European Digital Wallet: first, user-friendliness and flexibility, in order to be convenient for citizens; second, security and privacy, to make a difference with what is already on the market and to make citizens trust the system; third, the interoperability of different systems that should be based on standards and technical specifications; fourth, the acceptance of the wallet as an ID system that should be mandatory to access public services in another country, but also to access large platforms and services requiring a strong ID system such as the transport system.

Alban Feraud, President of Eurosmart, affirmed that Eurosmart deals with digital identity since 1999. According to him, the three ingredients for success are data protection, security, and an open and transparent ecosystem. Firstly, data protection is fundamental to engage users and citizens that need to trust the ecosystem. Eurosmart supports the obligation to have a mandatory data protection certification of the Wallet. Regarding data protection, Mr. Feraud clarified that data should be stored and processed on EU soil and according to EU laws. Secondly, security is a key factor to engage citizens and stakeholders for the same reasons as the one related to data protection. Thirdly, an open and transparent ecosystem is needed, with a user-centric approach as a key enabler to access digital identity. According to Mr. Feraud, resilience is fundamental in case of cyber-attacks, and to ensure a balanced relation between member states and the private sector. Also, competition is needed to foster innovation and to have diversity of solutions and actors. He concluded by stating that the three mentioned ingredients are even instrumental for the digital sovereignty of Europe.