On 18 November, I attended Sir Tim Berners-Lee’s talk on the Magna Carta for the Internet at the European Internet Foundation on the occasion of 25 years for the World Wide Web. 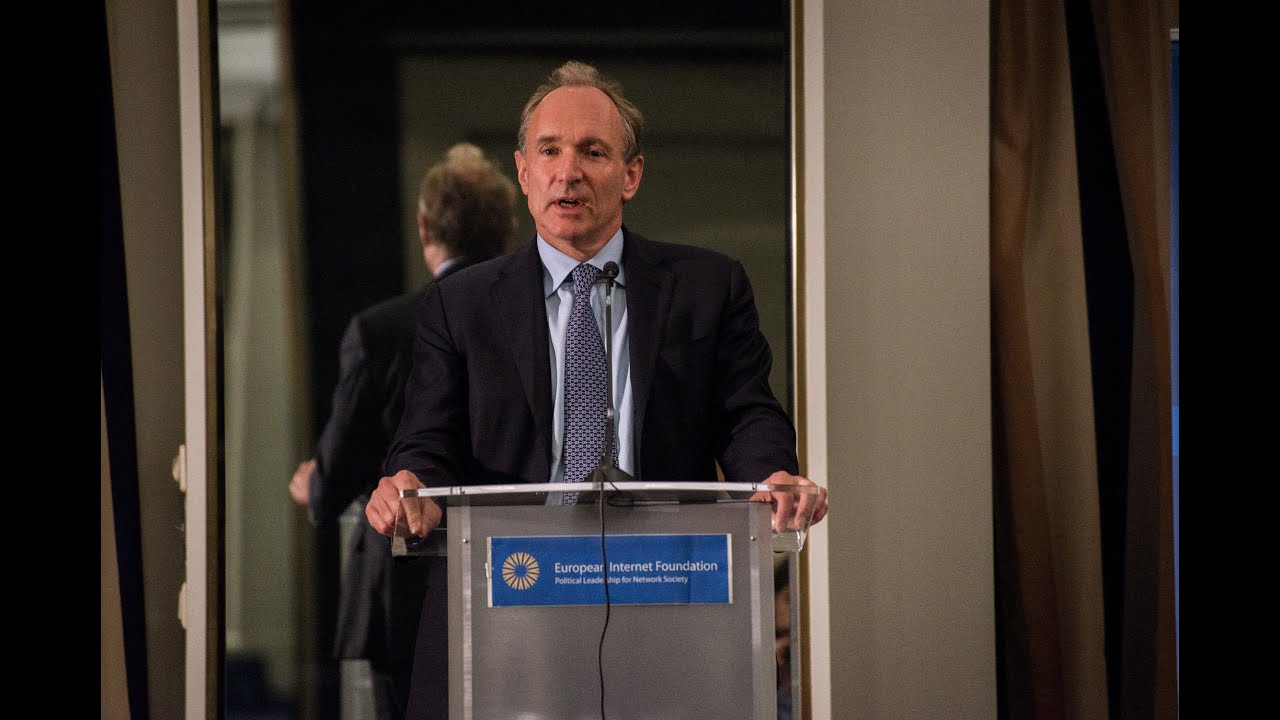 29:53
Sir Tim Berners-Lee on Magna Carta for the Internet

Here are my impressions and insights from the talk.

Even before we get down to ‘how to fix the Internet’ fixing the Internet has many sub-questions:
a) What is broken?
b) Who can fix it?
c) What did we learn from the last 25 years?
d) What does it mean for the next 25 years?

But to me, Tim’s talk raised an even more poignant question: Should anyone have to seek permission to fix/enhance/introduce new innovation on the Internet? For instance, when he had the original vision for the World Wide Web – Tim did not have to seek permission from anyone (such as Vinton Cerf) to create his new innovation, nor did CERN require a licence for others to use it. Thus the Internet was fundamentally built on the principle that innovators did not have to seek permission from anyone to create and deploy their ideas (from memory the exact words Tim used for innovators were – people who have a twinkle in their eye). That spirit of nurturing ‘permissionless innovation’ was epitomized by Tim Berners-Lee himself through his invention of the World Wide Web – and it has stood the Web in good stead for the past 25 years. As communities, societies and nations: We have all benefitted from that innovation.

But what about the next 25 years?
Will the same spirit of innovation prevail?
Would we all continue to benefit from it?

This is where Tim Berners-Lee’s idea of the Magna Carta for the Web is highly significant.
The principle of ‘seeking no permission for innovation’ is related to the idea of ‘separation of the infrastructure layer of the Internet to the service layer of the Internet’.
More commonly, in Tim’s view, this is the core principle of Net Neutrality. So, to paraphrase - “If you want to build something new you don’t have to come to me”.

Thus, to me, the talk went back to the roots of Net Neutrality – and why this understanding of Net Neutrality matters.
A society of Internet enabled innovation cannot be valued by the yardstick of Bandwidth. Again, to paraphrase Tim “Some say that the Internet is about movies (more specifically – movies of Cats) but in reality the Internet is about Life – it’s about all of us”.
The talk was more a history lesson – sometimes on how not to do things.

The decline and stagnation of the Gopher protocol due to University of Minnesota rules was very interesting. At one time, Gopher was more popular than the Web. But Gopher suffered an abrupt decline due to the licensing policies on the core protocols. The opposite approach was taken by CERN and Tim Berners-Lee – and the rest is history.

In many ways, Tim Berners-Lee talk takes us back to the founding principles of Net Neutrality by taking a higher ground. At the dinner table, someone remarked that “Tim sees something that most of us don’t” – and I agree. We explore the future of the Web and the Internet in The Digital world in 2030 – What place for Europe. Hence, I shall continue to follow this topic with interest.

Pictures from this debate are available here.