On 6 December, EIF and MEP Julie Ward invited members and friends to debate on the European Commission’s strategy to mainstream digitalisation into development policy. 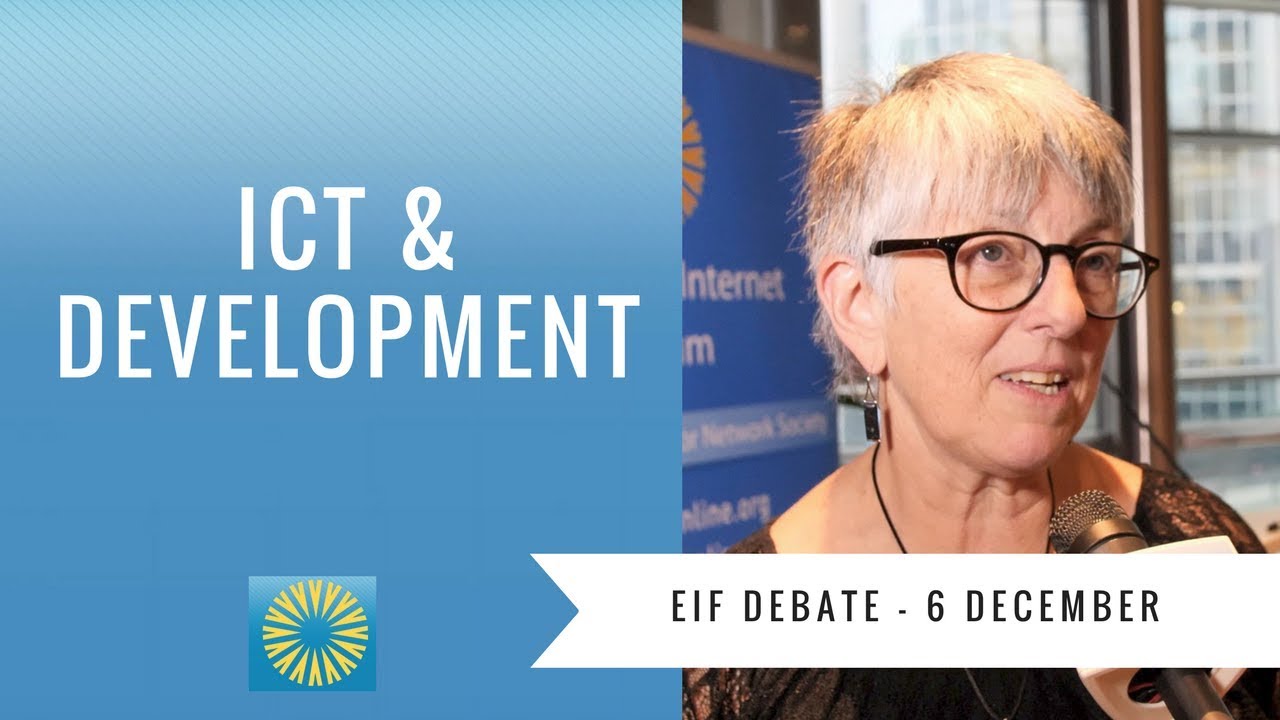 3:05
#EIFAsks: How can the ICT sector support the digitalisation of development policy?

Julie Ward believes that the potential for digital inclusion in developing countries is tremendous, as only 25 percent of Africa connects to the internet. Digitalisation has its role to play in enabling the empowerment of local communities. In her view, there is a crucial need to scale up the current initiatives by building solid bridges between the private sector, governments, international organisations and civil society.

Thomas Chalumeau from Orange presented the audience some of the many initiatives of the telecom operator in the 21 African countries in which it operates, with more than 130 million clients. At present, the French telecom provides a wide array of services, such as mobile payments, medical insurance in rural areas or weather forecasts to farmers. Orange aims to become a major contributor to the social and economic development of Africa and the Middle East.

Stephen Wyber, from International Federation of Library Associations, pointed the cost effectiveness of providing public access through communities anchor institutions, let it be libraries or health centers. He feels that libraries enjoy great trust from users as they allow them to search for the most sensitive and potentially the most personal valuable information.

For Laszlo Gyalog, a Digital Home Evangelist at Nokia, digitalisation and ICT can play a role in healthcare facilitating aging in place. The smart home in conjunction with medical devices should improve the lives and recovery of those who suffer from a medical condition or aging itself.

Erik Childerhouse, Principal Consultant at Avanti, believes that connectivity will lead to the greatest impact ever in rural development and poverty alleviation through innovation and job creation and development policy. Avanti runs several projects in East Africa, satellite connectivity is already deployed today in the most marginalised and rural areas of the continent.

In this EIFAsks video MEP Julie Ward, Lars-Erik Forsberg from the European Commission and representatives from the Telecom industry discuss ways in which the ICT sector could support “Digital4Development”, the EU’s strategy to mainstream digitalisation into development policy.