On November 29th, EIF invited MEPs, members and friends for an exchange of views with Casper Klynge, Denmark’s Tech Ambassador, on TechPlomacy, future digital trends and geopolitical tech trends with a focus on Europe’s position. 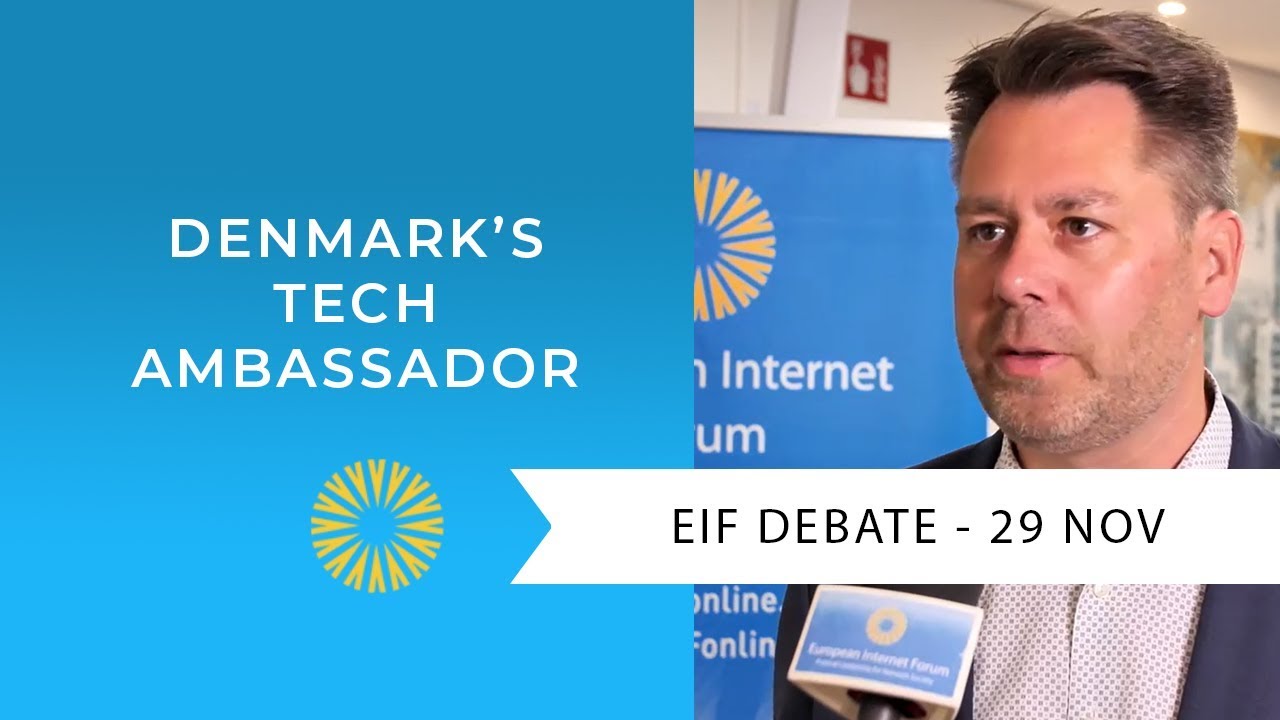 Being the first tech ambassador in the world, Mr. Klynge started by explaining the reason behind the Danish government’s decision to establish this diplomacy initiative: “we believe that technology and digitalisation will be one of the key defining parameters, not only for us individually but for international politics and the balance of power.” It is basically a response to two trends: the role of technology in today’s society and the increasing role of big tech companies in shaping politics and impacting citizens’ lives. The Danish Tech Ambassador has a global mandate and his team is distributed in three different places: Silicon Valley, Copenhagen and Beijing.

“What does a Tech Ambassador do?” is the question that Casper Klynge is asked on a daily basis. He answers by pointing out the core of his job: to connect with the epicenters of transformation. Nowadays, these are innovation centers all over the world (Silicon Valley, Shenzhen, Tel Aviv) and there is need for more understanding of what is happening, how new technologies are impacting people’s lives in order to report to the policymakers for improving decision-making.

Another dimension of Ambassador Klynge’s work is representing Denmark in a broader sense vis-à-vis technology companies or other companies but with a focus on technology. One fundamental aspect that is of top priority for Denmark and European countries as well is ‘how to avoid platforms being used in a malicious way, to promote radicalization of terrorism, breaches of data, public opinion manipulation etc.’. Moreover, the Danish government hopes that through this new initiative, companies would be able to better communicate their challenges, in order to end up with a business environment that is competitive and fosters innovation: “it is not a one-way street”.

Ambassador Klynge highlighted some of the threats related to technology: on the short term, there are cyberattacks to our democratic institutions; on the medium term, we need to properly address the societal responsibility of the tech giants’ leadership; on the long term, some societies (such as China) will pose a risk when it comes to the application of technology. Concerning the latter, the threat is posed by the use of technology not as a liberator, but rather as a mechanism of control, combined with the access to unlimited data.
Europe is trailing in terms of investments and developments of Artificial Intelligence, but “will have an important role to play between the ‘Wild West’ of Silicon Valley and ‘Wild East’ of China”, the Tech Ambassador concluded.