On November 13th, the European Internet Forum organized a preparatory meeting chaired by MEP Marina Kaljurand in view of discussing the priorities and expectations from the 2019 edition of the Internet Governance Forum, to be held in Berlin between 25 and 29 November. 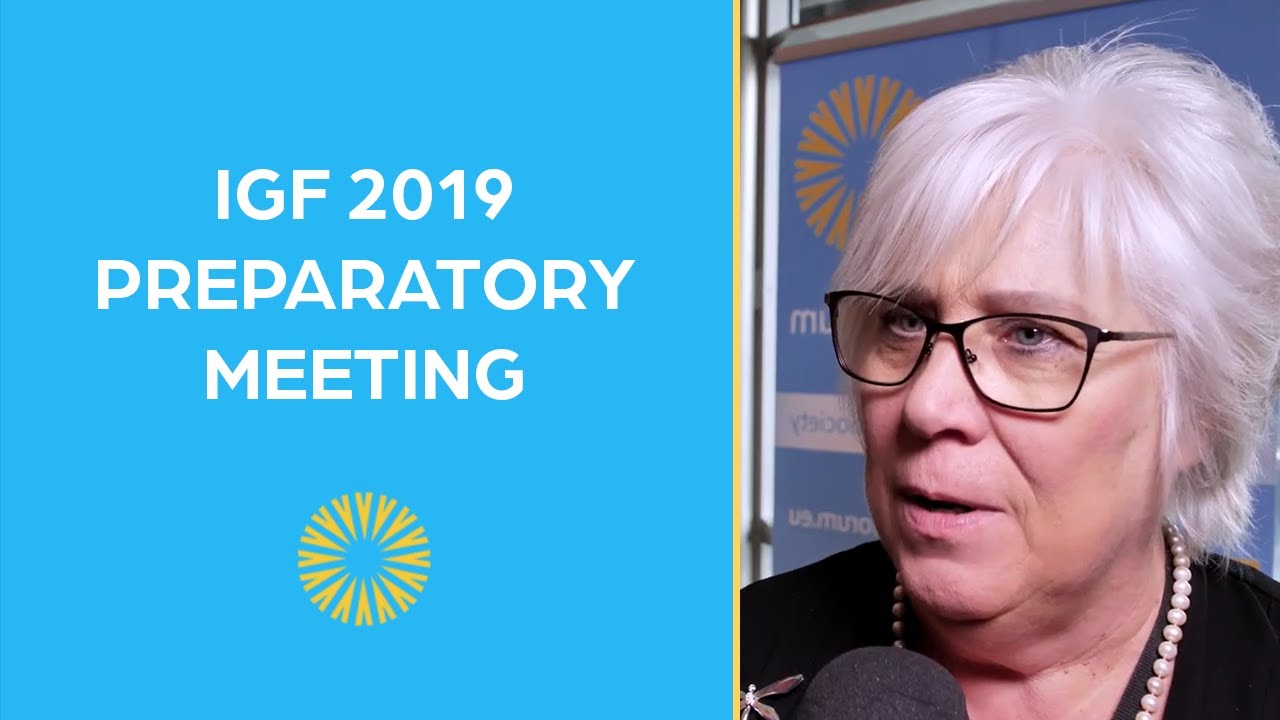 Chairing MEP Marina Kaljurand, who will be part of the MEP delegation to IGF, welcomed guests and introduced what has been “a topic close to her heart for more than 10 years”: “The 14th edition of the IGF will see a revitalization of the ministerial meeting of the early days of IGF, with more open discussions including all stakeholders”. Ms. Kaljurand emphasized how important it is to not only hold discussions on Internet issues in a free and open environment, but also close the gap between those and the decision-making level – a matter in which IGF will play an extremely important role this year.

We also heard the European Commission’s view on the importance of fora like IGF and on how the EU is and will continue being committed to an open and free Internet for everyone. Pearse O’Donohue has carefully pointed out how there has to be a balance between the market-driven side of the Internet and ICT technologies and governmental regulations that ensure our European values are not only represented, but also protected. Consequently, Mr. O’Donohue said that the Commission is a strong supporter of a multi-stakeholder principle for Internet Governance where each player has a balanced participation: from Ministers to multinational companies to those less privileged from the civil society – something the IGF will cover through its large number of community-led sessions this year. “All in all – Mr. O’Donohue concluded – there must be clear guidelines for innovators and participants so that all users can trust the Internet and benefit from what it can bring to our economies and societies.”

Ms. Galvez Munoz brought reassurance that the European Parliament has great expectations from the IGF and the digital policy discussions that will be taking place in Berlin. The MEP rightfully stated that “the digital technologies have changed everything in our everyday life, whether at home or at work, at an unprecedented speed”. For this exact reason, access to Internet has been classified by the United Nations as a basic human right. The role of Parliamentarians, she continued, is to come up with solutions adapted to the new reality we live in “by finding a balance between important and conflicting social needs”. This can only be done, Ms. Galvez Munoz emphasized, through firstly understanding the digital issues not only from a technical perspective, but also from a political one. She then agreed with the Commission’s view on how vital it is for elaborating well-functioning legislature to meet with not only representatives from both the civil society and the business sector, but also parliamentarians from other sides of the world to “identify good practices and synchronize policy agendas”. Last but not least, Ms. Galvez Munoz mentioned how “we should pay close attention to the impact digital technologies have on our democracies and equality principles”.

Ms. Hoferichter added a few points to the discussion on how the IGF will have new elements this year compared to previous editions. There will be 130 parliamentarians from 50 countries, including countries from the Global South that have never attended an IGF before – something that will bring new perspectives to the discussions on standards and protocols for a safer Internet. She further agreed with Ms. Kaljurand on how the discussions must be held in a free and open environment but the gap between discussions and legislature must be closed or, at least, minimized.

The last speaker on the panel, Mr. Pennings, brought to the table a perspective from the corporate world. “Problems are not regional anymore, but global”, Mr. Pennings emphasized. Microsoft encourages the involvement of the government, academia and civil society in the multi-stakeholder approach that IGF is promoting. He further continued by stating how Microsoft is an active supporter of global debates on cyber norms and an active endorser and campaigner at IGF as well as in the Paris Peace Forum.