The emergence of robotics in our everyday life might have sounded, until recently, like science fiction, but it has now become part of our reality. Europe is a leading continent in the R&D of robotics and Artificial Intelligence (AI), however this already raises concerns related to the ethical considerations. 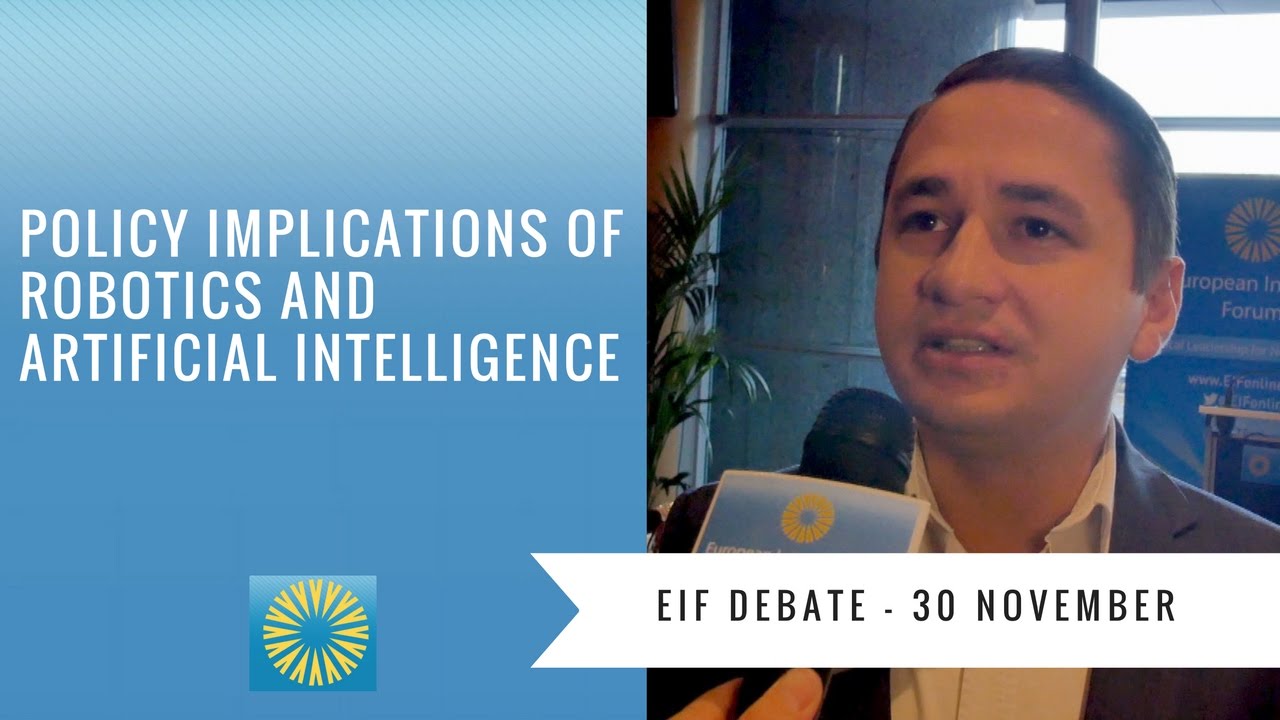 2:13
#EIFAsks: Are robotics and AI opportunities or threats for Europe?

On 30 November, MEPs Emilian Pavel and Michal Boni invited EIF members and friends to a debate on this new phenomenon and to discuss the framework for future collaboration between humans and robots.

In his opening remarks, Mr Pavel noted that it is important to have open and transparent collaboration between different stakeholders when looking for the right balance between advancement and ethical questions.

Dr. Ing. Georg von Wichert, Head of Research Group Robotics, Autonomous Systems & Control at SIEMENS AG, spoke about machine learning and the progress achieved in the robotics sector. He also spoke about the benefits of automation for industry and productivity.

Khalil Rouhana, Director Directorate A, Digital Industry at DG CONNECT, European Commission, spoke about the regulatory and legislative challenges that will have to be addressed in the area of robotics, and elaborated on the European robotics industry. He also spoke about SPARC, the partnership for robotics in Europe to maintain and extend Europe’s leadership in robotics.

In his closing remarks, Mr Boni, urged to look into the ethical nuances (negative dependence, privacy protection) which will arise once robots start entering our lives. He also spoke about the importance of a transition period to create positive control and relations “with our future colleagues - robots”.