On 21 November, EIF & MEPs Pilar del Castillo and Eva Kaili hosted a debate to discuss the impact of Brexit on data flows. Disruptions could not only affect business activities whether in goods and services, but also R&D, the academic world, government lead projects and many public services. 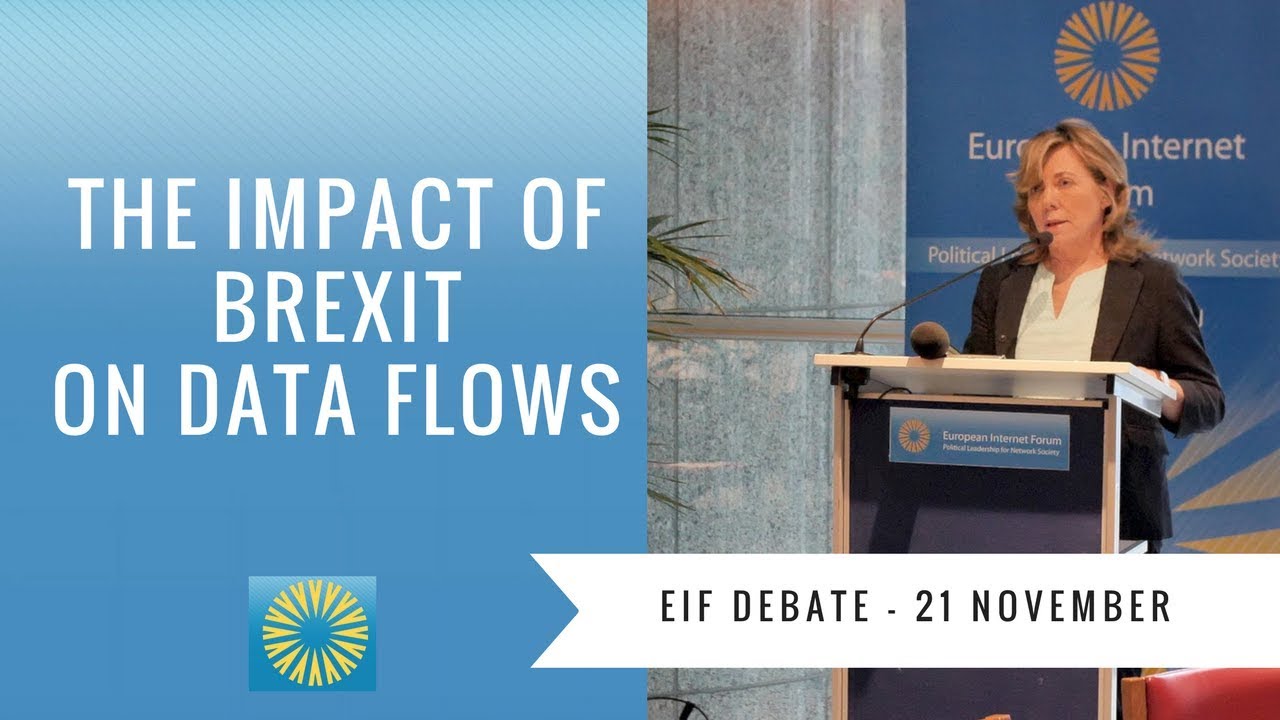 3:08
#EIFAsks on the options to avoid the disruption of data flows assuming Britain leaves the EU

Pilar del Castillo feels that Brexit will lead to many disruptions for European industry and citizens in cross-border activities between the UK and the EU. The free flow and management of data is at the top of priorities for the digital sector and should be at the core of the current negotiations.

British MEP Daniel Dalton reminded the audience that the UK is probably the EU’s leader when it comes to digital services, and the largest internet economy as a percentage of GDP of all G20 countries. 11.5% of world data flows in 2015 were through the Britain, a country with 3.9% of the global GDP. He believes that the best stance for London would be to mirror EU legislation in order to smooth the path for an adequacy agreement.

Joakim Reiter External Affairs Director at Vodafone, also expressed his company’s support for an adequacy agreement. The telecoms operator is present in 12 European markets to serve its 120 million European customers, therefore is highly dependent on the free flow of data. According to European Commission figures the data economy is valued at 300 billion EUR, and by 2020 it will be at level of 739 billion EUR.

For Stephen Hurley Head of Brexit Planning at BT Group, adequacy is the best option although they are also preparing for the worst-case scenario were no deal is reached on data after 2019. Data flows are critical to British Telecom’s operations, their network is among the top 10 movers of data worldwide with 50 data centres spread around the globe.

Giles Derrington from Tech UK, shared with the audience the fact that you can still find companies from other sectors that suddenly realise that this issue affects them and that they also need to add data into their Brexit planning. He considers that the UK government has rapidly understood the importance of this matter and is actively taking action.

In this #EIFAsks video, MEPs Pilar del Castillo and Daniel Dalton, representatives from Vodafone and BTGroup – which heavily rely on uninterrupted data flows – and Giles Derrington from Tech UK – which represents the interests of UK tech companies- assess Britain’s options to avoid disruption on data flows in a post-Brexit scenario.