On 23 March, EIF member and MEP Carlos hosted a debate to discuss the EU pilot project WIFI4EU and how it could help close the digital divide by making funds available to promote the availability of high-capacity WiFi connectivity through free WiFi hotspots for citizens who would otherwise be without Internet access. 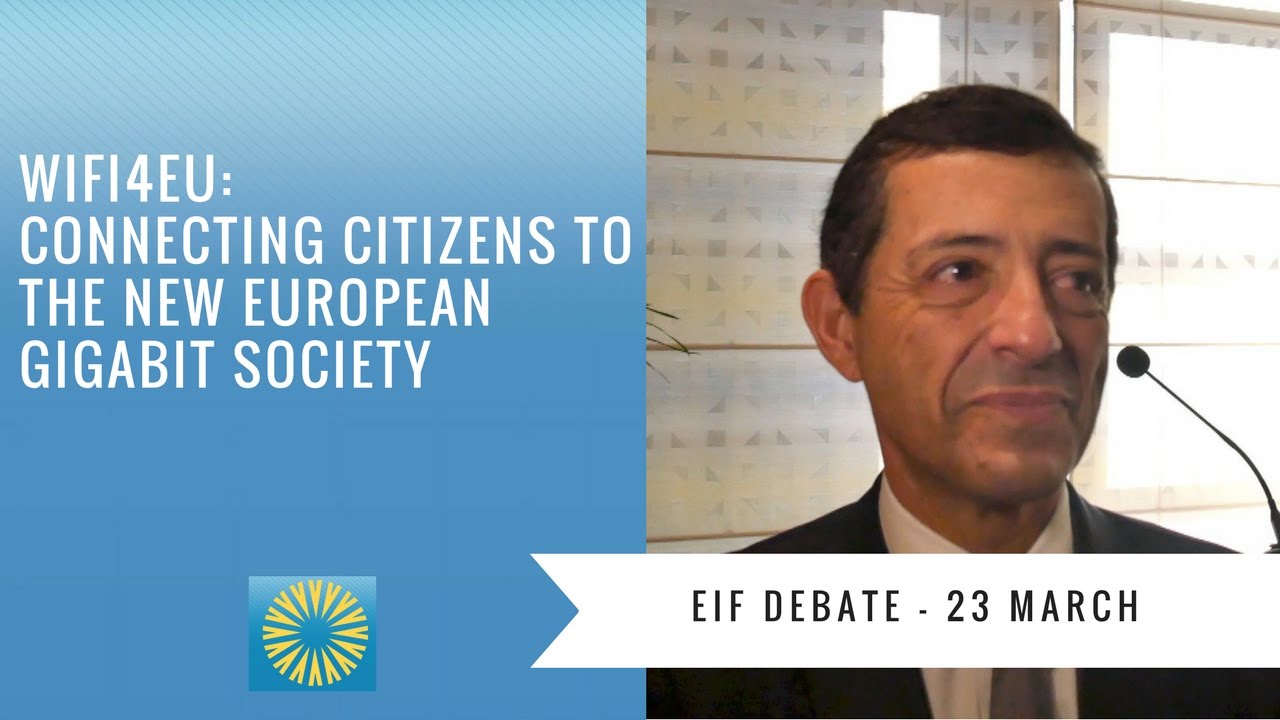 2:49
#EIFAsks: Could Wifi be the key to Europe's connectivity?

In his opening remarks, Mr. Zorrinho stressed the importance of not leaving anyone behind this new age of connectivity, and praised initiatives such as WIFI4EU which should bring on board citizens that otherwise would be left behind, unconnected and deprived of the opportunities brought by the new technologies.

WIFI4EU is part of major regulatory reform to promote general interest in connectivity. For Anthony Wheelan from DG CONNECT the pilot project has the potential to allow citizens to re-engage with the EU and also with the public authorities, thus becoming a vehicle for the engagement of those most vulnerable due to their geographical location.

Ms. Ilona Kish from Public Libraries welcomed the Commission initiative and highlighted that in any one year 4.5 million citizens go online for the first time in a public library. About a quarter of European homes don’t have high speed broadband so the WIFI4EU is a really interesting proposition for the Public Libraries. In her view, public libraries are perceived as unique and open trusted places which welcome groups in society that are normally very hard to reach, such as the unemployed, newly arrived migrants or young people.

Ray McConnell CTO of Blu Wireless presented participants WiGig, a wireless cable replacement technology that utilises the 60 GHz unlicensed spectrum and offers performance that starts at 1 Gigabit and that can be stretched up to 10 Gigabits. Cheaper than fibre, faster than copper, the new technology promises to deliver very high performance for very little cost.

In this #EIFAsks video, MEP Zorrinho, representatives of the European Commission, Public Libraries and members of the technological industry discuss all aspects of the WIFI4EU initiative including funding and available technologies to make it happen.