On 10 June, EIF organised a virtual debate titled "Towards a new European cybersecurity strategy: what are the priorities?", chaired by EIF Member Marina Kaljurand MEP. 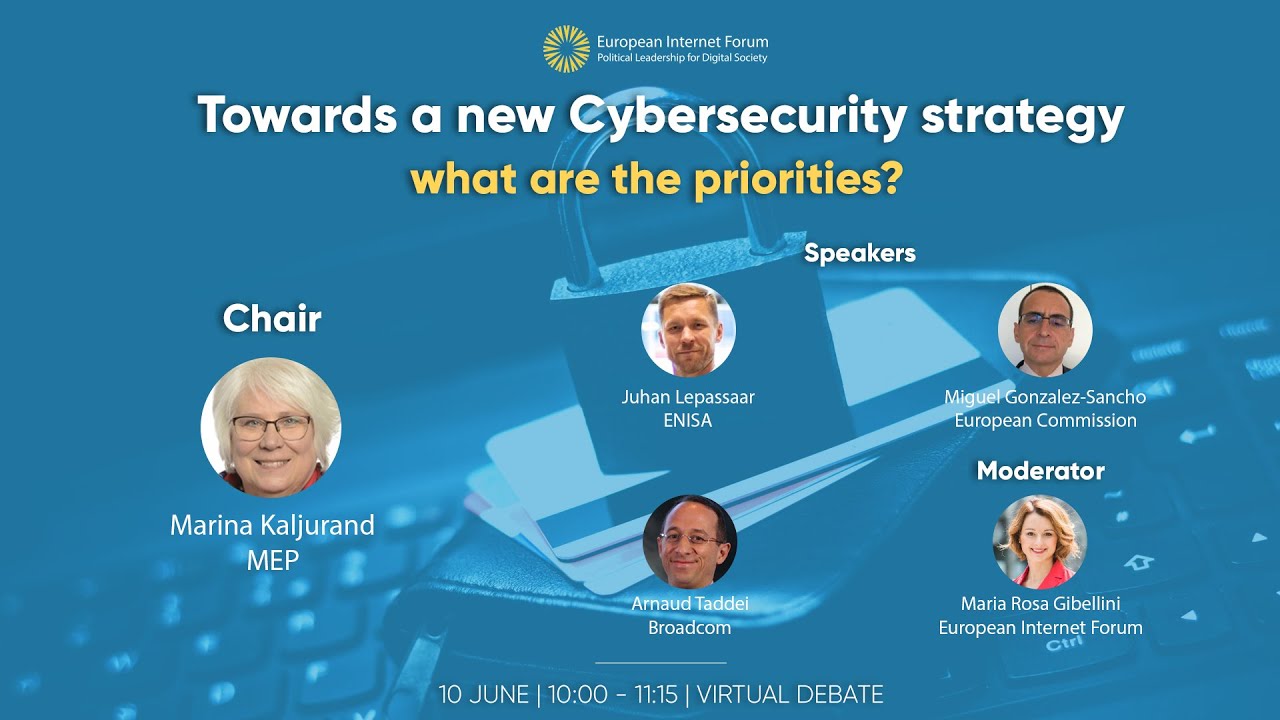 35:35
Towards a new European cybersecurity strategy: what are the priorities?

Marina Kaljurand MEP opened proceedings by highlighting the importance of starting to work on the new cybersecurity strategy, as there has been “an increase in the number of cyberattacks on critical infrastructure”. MEP Kaljurand stressed the role that the EU should have as a global leader, putting more emphasis on attribution, accountability, and countermeasures. According to MEP Kaljurand, the Digital Single Market can only be effective if there is trust: ”The digital agenda cannot be 100% effective without ‘digital identification’; “it has to be secure, trusted by people and harmonized over the EU.”

Juhan Lepassaar shared from ENISA’s experience over the past three months, where there was a ‘rapid digitisation’ when it comes to teleworking, homeschooling, e-commerce, etc. but “cybersecurity was not at the forefront of people’s concerns”: “Cybersecurity by default and by design are very important but we are not there yet.” Mr. Lepassaar stated that they were expecting the worst, which did not happen: “We did not see a massive cross-border cyber meltdown. The relevant nationals cooperated day and night to be proactive. It showed there is more resilience at EU and national level than before.”

Miguel Gonzalez-Sancho started his speech by stating that the Commission has been closely monitoring the cyber situation during the covid19 emergency, while also reaching out to cooperation groups. “On May 27, the recovery package was adopted. This has to be a digital recovery”, he added. In order to strengthen the Single Market and adapt it to the digital age, Mr. Gonzalez-Sancho highlighted the need to invest in better connectivity (especially 5G networks), to have a stronger industrial presence in strategic sectors (AI, cyber, supercomputing, cloud), to build real data economy as a driver for innovation and jobs and even more cyber resilience.

The industry perspective was brought by Arnaud Taddei of Broadcom, who identified a “gap between intention and implementation”. The two priorities in his view are the attack landscape, whose level has been “accelerated by covid19, both qualitatively and quantitatively” and the lack of professionalization. For the latter, more time is needed “to reflect on how all fields are tackling the problem in order to withstand a potential big attack”. Mr. Taddei explained the IoT use case of 5G in order to highlight its complexity and stressed what needs to change in Europe’s cybersecurity conditions: a good balance between regulation framework and market dynamics/skills in order to achieve a higher level of maturity, to maintain economic drivers and to allow the market to grow and innovate. In conclusion, Mr. Taddei stressed that “time is of the essence” and that solid coordination and collaboration are needed to fix the outstanding issues.

The video recordings of the speakers' presentations are available by clicking here.